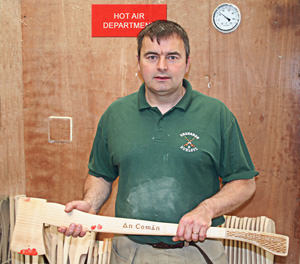 In the hurling community talk of the 'Nash' penalty has dominated many conversations since last year's All Ireland Hurling Final and replay.

Following the failure of the GAA to deal with the issue at congress, GAA management at club and county level throughout the country have been busy coming up with their own plans to counteract the 'Nash' bullet.

To date it appears those measures can be broken into two strategies:

However there is another strategy that is being developed by Shanahan Hurleys in Limerick. On a recent visit to the development area of his workshop to discuss a product we spotted Ed working on a 'new' top secret aerodynamic hurley design. This project named 'Come-On' as in “come on lets be having you” or Comán in Irish is aimed at giving defenders that vital edge that could make the difference between conceding a score or saving it, or alternatively between being injured or injuring. 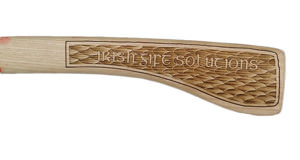 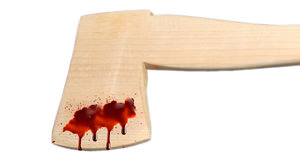 The Comán essentially allows the defenders get closer to the sliotar faster after the freetaker puts the ball in play, and gives them that vital edge to attack the ball in the nanoseconds before it is hit. The nano-nanoseconds after it is hit is obviously too late!

The final shape of the Comán was developed by a craic team of student engineers and fine tuned after a series of meetings in a hot air wind tunnel. Ed was reluctant to talk about who was financing the development work, and when asked directly if the rumour that Sky money was involved was true threatened to call security and have me ejected from the hot air tunnel. Teams have been trialling the Comán in Portugal (county panels) and Iniseer (club panels) and the reports coming back are very positive. While unfortunately there have been a number of injuries – this is to be expected as part of the development process. 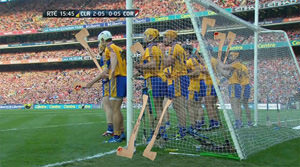 However, Kane Laser were not prepared to wait for the Comán to make it debut on The Sunday Game with Marty Morrisssey and Des Cahill or with Jamsie O'Connor on Sky sports or even wait until the following Monday for detailed analysis with Joe Duffy or the Off the Ball show. We managed to get our hands on a batch that were on their way to a team involved in the Munster Championship! If An Coman was available for he 2013 All Ireland Hurling Final replay, it is quite possible that the goalline for Anthony Nash's free might have looked like the reconstruction below.

Our first efforts at engraving can be seen on the Coman page on our retail website www.irishgiftsolutions.com. While we see the Comán as the perfect personalised gift for a variety of occasions, we are sure our imaginative customers will come up with their own ideas. 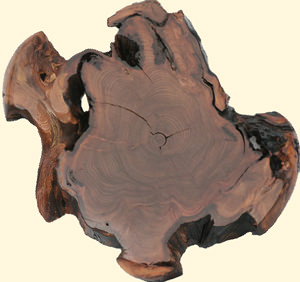 We recently received an unusual request to make a special housing for a commemorative penny from the First World War. The penny was received by the family in honour of service by the young Irishman. The customer was particularly interested in using Bog Wood for this piece as she felt the quality and texture of the wood would serve to enhance the importance of the penny.

Together with the customer we carefully chose the right piece of Bog Wood to hold such a precious memento of our history. Each person will see a different shape when they look at a piece of wood, but we all saw Co. Mayo when we looked at this particular piece. The rugged edges of the wood reflect the coastline and a carefully measured circular area was cleared to house the coin.

Mayo holds a special place in our customer’s heart, as that is where Private Michael Fallon hails from. He fought and tragically died in World War 1 and his family have treasured his “Dead Man’s Penny” down through the generations. 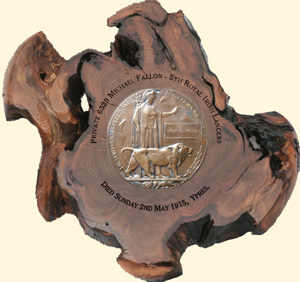 “Dead Man’s Pennies” were issued after World War 1 to the families of British and Empire servicemen and women who had perished as a result of battle. The “pennies” were cast from bronze and are approximately 5 inches in diameter. The design was chosen from a public competition that received over 800 submissions. Edward Carter Preston’s design features Britannia, with her head bowed, holding a trident in her right hand with her left hand outstretched and bearing a wreath. A rectangle bears the name, but not the rank, of the deceased in raised letters. The soldier’s rank was not included as there is no distinction in death between the sacrifices made. A lion stands at Britannia’s feet with a second lion at the base of the penny seen devouring a Prussian Eagle. Two dolphins also feature on the penny symbolising the sea power of the Empire. Around the coin are the words “He died for freedom and honour”. The reverse of the “penny” was left blank as they were designed for display.

Thousands of young Irishmen were involved in the Great War. They went off seeking adventure expecting the fight to be over by Christmas. They received little training before they were despatched to the trenches and their fate was a story told many times over. 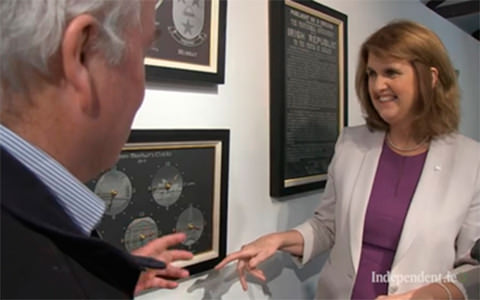 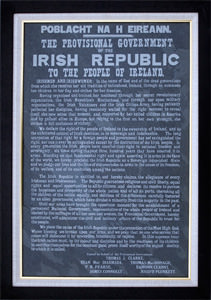 We were asked to attend the Craft Council of Ireland's launch of their JobBridge scheme held at Farmleigh House and display some of the products availale through www.irishgiftsolutions.com. Minister Joan Burton was in attendance and annouced another 50 places would become available under the scheme specifically for the craft sector. The Irish Mammy Clock was a particular hit with all in attendance - featuring multi zone clocks so that you can keep track of what time you are calling family who are abroad.

Also generating quite a bit of interest was the 1916 Proclamamtion engraved on slate. On a day when Ireland gainied some its freedom back by exiting the bailout many a nostalgic thought was passed.

Athlone Laboratories in Roscommon recently commissioned this Bog Wood Commemorative plaque to mark the opening of their new manufacturing extension. Bog wood pieces are between 4800-6000 years old and make stunning and impressive pieces to mark any occasion.

The bog wood we use is made from parts of trees - usually stumps that have been uncovered usually when draining or extracting peat from bogs. Often in boggy land the bog wood also rises to the surface, and is then removed.

Around 4000BC the bogs of Ireland spread and trees at the edges of the bogs were covered with water and eventually formed part of the bog.

The bog wood was preserved by the acidic and anaerobic (no oxygen) bog waters which prevented the wood from decaying normally. Bogs are noted for their preservation properties and many interesting artifacts have been unearthed from Irish bogs over the years.

The bog wood we use has been air dried for at least 12 months before it is cut into plaques and finished.

We personalise our products in unique ways for the occasion, the receiver and the giver as required.